This page describes the Weka implementation of the SMB protocol for shared Windows clients.

SMB (Server Message Block) is a network file sharing protocol that allows remote systems to connect to shared file and print services. Weka's implementation is based on the open-source Samba package and provides support for SMB versions 2 and 3.

Implementation of the SMB feature in the Weka system is scalable, resilient, and distributed.

The Weka system SMB stack supports authentication via a single Active Directory with multiple trusted domains. The POSIX users (uid) and groups (gid) mapping for the SMB access should be resolved from the Active Directory.

Using rid can ease the configuration, where user IDs are tracked automatically, all domain user accounts and groups are automatically available on the domain member and no attributes need to be set for domain users and groups. On the other hand, if the rid AD range configuration changes the user mapping might change and result in wrong uids/gids resolution.

The following are the Active Directory attributes relevant for users according to RFC2307:

The following are the Active Directory attributes relevant for groups of users according to RFC2307:

The above range is the default configuration for the Weka system for the AD server IDs and can be changed. This is the main AD range (if additional trusted domains are defined).

Setting the range (and ranges, in case of multiple domains) is required to avoid ID overlapping and collisions.

When joining multiple domains, it is required to set the ID range for each one of them, and the ranges cannot overlap. There is also a (configurable) default mapping range for users that are not part of any domain.

The Weka SMB support is established either through the Weka system GUI or a series of CLIs. When configuring SMB support, it is necessary to:

After completing these steps, it is possible to connect as an administrator and define permissions via Windows.

Establishing an SMB cluster is performed as follows:

Notes: Each Weka cluster can only support a single SMB cluster.

Note: The DNS "nameserver" of the hosts participating in the SMB cluster should be configured to the Active Directory server.

To ensure that the various SMB clients will balance the load on the various Weka hosts serving SMB, it is recommended to define a Round-robin DNS entry which will resolve to the list of floating IPs, ensuring that client loads will be equally distributed across all hosts.

Note: Make sure to set the TTL (Time to Live) for all A records assigned to the SMB servers to 0 (Zero), this ensures that the IP won't be cached by the client or the DNS server.

After establishing an SMB cluster, it is possible to declare SMB shares. Each share should have a name and a share path, i.e., the path into the Weka filesystem, which can be the root of the Weka filesystem or a subdirectory. This is created in the shell using either a WekaFS mount or an NFS mount.

If the share uses the root, it is not necessary to create a root folder (it already exists). If the share is declared without providing a sub-directory, the WekaFS root will be used. If sub-folders have to be created (an operation that is performed manually), the permissions have to be adjusted accordingly.

Note: The initial set of POSIX permissions is performed via the driver/NFS.

Note: To obtain root access to the SMB shares, assign an Active Directory user with uidNumber and gidNumber of 0.

​Creating snapshots of the Weka filesystem and naming the access point in the @GMT_%Y.%m.%d-%H.%M.%S format will expose those to the windows previous versions mechanism. Right-click a file or a folder in the Weka SMB share in the windows client, select Properties->Previous Versions , and see a list of available previous versions that correspond to the filesystem snapshots.

For example, creating a snapshot via the CLI: 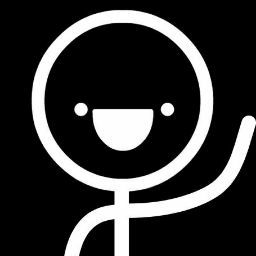